I’ve become a structure-holic. I see it everywhere: books, TV, movies, and in life. This obsession has now spilled over into my blog. Because I firmly believe knowing how to structure our novels is crucial. It ensures our stories flow properly, shows our character arc, and gives readers satisfaction. When it comes to writing fiction it’s everything. Which, to me, makes it awesome. It’s the magic bullet that can make our dreams come true. I know this for a fact… stay tuned for an upcoming post on how I know this.

Think of it this way…

Human beings have structure — flesh, organs, tissue, arteries, veins, water and muscle all have their place. No matter what race, religion or creed, we are the same. What braces all the stuff that makes up our bodies is our skeleton — structure.

We may look different on the outside… some have big noses, full lips, different skin and eye color… but we all started the same way…

That egg was fertilized in the womb and grew into something more, but it still hadn’t fully formed into a male or female yet — concept.

We evolved into a living, breathing human being and entered the world — character.

We grew up to think and feel differently, have different worldviews, religions, heart and soul — theme.

And we lived our lives… our story — premise.

Some people are more giving, outwardly loving. Some are not comfortable with affection. But it’s all because of how we were raised or because of something that happened in our past to change us — backstory.

As I tell this story I want you to think back over your life. We’ve all gone through hard times, some worse than others. Humor me, and if you don’t know structure now you will at least start to grasp it by the time you’re done with this post. That’s my hope anyway.

So, we’ve been born and we’re growing up, maturing or have already matured. Whichever applies to that specific time in your life. 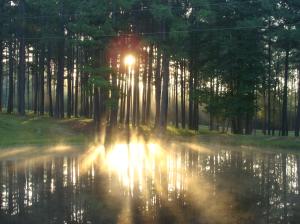 We got a job, perhaps married and had children. But kept our inner demons, our flaws — Act I — 1st quartile: Set Up << which begins character arc, introduces characters, sets up FPP, foreshadows future events, etc.

And then something happened to throw our lives out of balance. This defining moment demanded that we act. We could not hide from it. It forced us to DO something — First Plot Point, at 20-25%.

After this crucial moment occurred an antagonist force entered our lives, or it was there all along and only now revealed itself — 1st Pinch Point, at 3/8th mark or 37.5%. 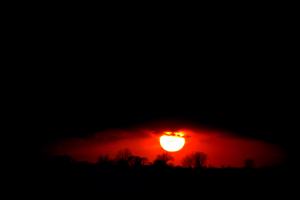 We either did something to fix the problem or the problem worsened. All the while we kept thinking things could not get much worse. Or, we believed we’d finally solved the problem. But it was a false victory or a false defeat — Midpoint, at 50%. 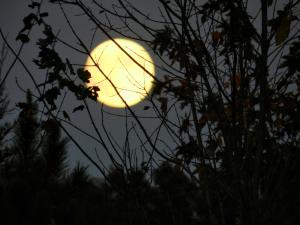 So we needed to attack the problem head on, because it’s wasn’t going away — Act III — 3rd quartile: Attack << our true character changes again and we become a warrior.

But then, we realized that we hadn’t actually solved anything. We’d only made it worse. Or, the victory we felt was short-lived because we didn’t realize X,Y,Z was around the corner waiting to blow everything up. Things looked bleak. We believed it just couldn’t get any worse — All Is Lost Moment.

But how did we really feel about this? What sort of impact did it have on us? — Dark Night of the Soul.

We stopped our pity party because it wasn’t doing us any good. Besides, we’re stronger now than we were when we started this quest.

Then something else changed. Or, we discovered something that aided us in seeing a glimmer at the end of a very dark road — 2nd Plot Point, at 75%.

And we began to see that there was in fact a way we could fix our lives — Act IV — 4th quartile: Resolution << this act completes character arc

And then we got another peek at the antagonist force. Only now it was more terrifying than ever because it too had upped its game — 2nd Pinch Point, at 5/8th mark. For more on Pinch Points go here.

The only way to defeat this force was to overcome our fears, inner demons, flaws and meet this force head on. And to live with ourselves we knew we were the ones who had to fight this final battle, using everything we’d learned in life thus far, about ourselves and the world around us — Climax.

And then we could live happily ever after, or as happy as we could in our new world. We grew as individuals, faced our fears, and had come out stronger for the effort. We’d settled into our new lives — Resolution.

And that’s it… story structure as it relates to our lives.

Could you think of a time in your life when this applied to you? Hold on to that and you’ll never forget story structure, at least at its basic level.

Looking for a way to commit fictional murder? Sign up for my FREE booklet 50 Ways To Murder Your Fictional Characters. Or, get a taste of what you’ll find inside here.

16 thoughts on “How Story Structure Relates To Our Lives”

Don't be shy. Tell me what you think. Cancel reply