A few people have recently asked me what Pinch Points are, which made me wonder if others are struggling with what they are and how to use them. After a quick Google search I realized there isn’t really much written on the subject, oddly enough. And they are crucial milestones in fiction writing because they show the face of evil in its purest form. The Pinch Points demonstrate what your hero is up against, what causes him/her to jolt straight up in bed, the bogey man in the nightmare.

“We need to see that antagonist form in its purest, most dangerous and intimidating form. Or if it isn’t dangerous then at least we need to feel it for ourselves.” — Larry Brooks

“An example, or a reminder, of the nature and implications of the antagonist force, that is not filtered by the hero’s experience.” — Larry Brooks, Story Engineering

Two pinch points in every story

With the First Pinch Point the reader needs to see the antagonist form for herself and not merely hear it referenced or discussed. She needs to experience it, either through the hero’s eyes or through the antagonist himself. In crime fiction this can be a murderer planning his next kill or stalking his next victim. Or a kidnapper beating his captor, and enjoying every minute of it. Or even playing the captor’s recorded screams over the phone for the hero.

The simpler and more direct the pinch point the better. The important thing to remember is that the reader must feel it. Even if you choose to use a cutaway scene of the evil the protagonist is facing then you’ve fulfilled the need of the First Pinch Point.

Anyone who’s ever read a James Patterson thriller has seen these many times in all their glory. They stick right out because he uses short chapters that show what the antagonist is doing — planning, scheming, killing. Make no mistake, he knows exactly where to place them to keep the reader flipping pages.

This time you need an entire scene devoted to it whereas with the First Pinch Point you don’t. A pinch point is a demonstration of the nature, power and very essence of the antagonist force. And now, it’s more frightening then ever. Because at the Midpoint shift your character changes from wanderer — where he or she is trying and failing — to a real hero attacking the problem head on, your antagonist force will also up his game. And the Second Pinch Point is the time to show just how evil he really is.

The Second Pinch Point could be a discussion between one character and another reminding the reader of what he or she is up against, even if the antagonist force is within your hero, depending on your story.

I love this analogy in Story Engineering…

“The First Plot Point, Midpoint, and Second Plot Point are your big meals. Don’t skip them if your goal is to add dramatic tension and jack the pace to your story. The Pinch Points are like nutritious snacks between those meals — mid-morning and mid-afternoon. They’re good things. They give you energy, they nurture you. You wouldn’t eat them too soon after a big meal, nor would you eat them right before a major meal. No, they’re right smack in the middle of the gaps between those meals. As for any other snacks (moments in which your bad guy does his thing), well, remember that in this analogy you’re trying to gain weight… so go for it. The more calories you stuff down the reader’s throat the better.”

As writers we often concern ourselves with the hook and the big twist ending, perhaps even the Midpoint. Without well-placed pinch points, though, the story will lose its sense of rising action and tension.

For example, in Silence of the Lambs the First Pinch Point comes when Hannibal Lecter gives Clarice the location of a storage facility where she finds a jarred head of one of Buffalo Bill’s victims. In their twisted relationship this is akin to him giving her a dozen long-stemmed red roses. The Second Pinch Point comes when Hannibal gives her the map of Buffalo Bill’s murders, which ultimately helps her break the case and find the killer. 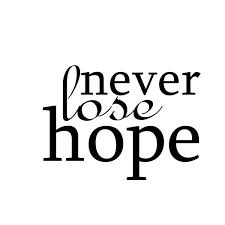 Let’s have a little fun and tell me what the first pinch point is in your story, or an example in your favorite book. Leave it in the comments below.

In my novel, MARRED, the First Pinch Point comes when a killer, responsible for a string of murders, calls Sage and tells her he has her sister Chloe and if she doesn’t obey he’ll kill her, mar her like he did the others — eyes and mouth X’d out with black wire, erased from her ghostly pale face.

If you haven’t received your FREE copy of 50 Ways To Murder Your Fictional Characters you can sample what’s inside here or go straight to sign-up page here.

Don't be shy. Tell me what you think. Cancel reply